Click Here To Register For The Dual Conference
Servant Leader is a term that well describes PDG Bev Reed.  In 2018 Bev retired from a 38-year career with the YMCA.  Whether a Program Director or a CEO of an Association, she has embraced the need to serve her community.  One key accomplishment was being part of an Executive Team in a $40 Million fundraising and construction poject of two new facilities in Spokane, Washington.  In addition, Bev continues to be a National YMCA Faculty trainer in the areas of Volunteerism, Fundraising and Leading and Coaching Others.

Her love for service carried over in her involvement in Rotary.  PDG Reed  joined the Aurora Northwest Rotary Club in 2004.  She provided leadership as club president in 2011-12, Assistant Governor 2012-14, and District Governor 2018-19.  Her passion for training continued as a facilitator of RLI since 2009, PETS instructor and coach for the past 6 years and will be the PETS OPCOM Chair in 2021.  In addition PDG Reed is the Assistant Regional Rotary Foundation Coordinator for Zone 27 and is a member of the faculty education team for GETS/GNATS (Governor Elect and Governor Nominee Trainings) for Zone 26 and 27.

PDG Bev Reed feels the success of being a great fundraiser is being a great active listener, asking a potential donor to share their "why" story and finding ways to connect the donor to their passion.  It is all about relationships.  Yes, it is that simple.

PDG Bev Reed and her husband Bill are Major Donors, belong to the Paul Harris Society and the Bequest Society.

WE ARE PLEASED TO BRING YOU THE FOLLOWING INSPIRATIONAL SPEAKERS 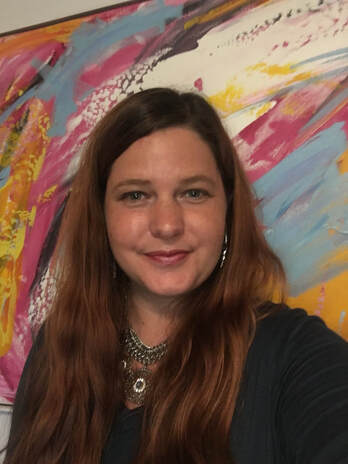 HANNAH WARREN
Empowering Women to Transform Communities
In 2008, Hannah Warren, a former Rotary Youth Exchange Student to Thailand and a Rotary Ambassadorial Scholar to India, learned about the plight of female weavers while taking their portraits in Maheshwar, Madhya Pradesh, India.  She was inspired to found Jhoole, a nonprofit eco-fashion social enterprise designed to combat poverty and empower women.  Jhoole is helping women to gain economic independence, invest in education and, ultimately, break the cycle of chronic poverty.  Ms. Warren has a BA in South Asian Studies and Linguistics from the University of London, School of Oriental and African Studies and an MA in Fashion Entrepreneurship from the University of the Arts London College of Fashion. London.  www.jhoole.org/ 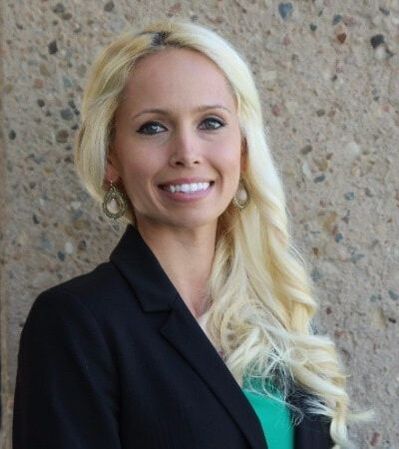 SHEENA PREVETTE
​ How Rotary Changed My Life
Sheena Prevette first became aware of Rotary when she was approached by a Rotarian in her home town in North Carolina.  He asked her if she had any interest in participating in a Rotary Youth Exchange as she planned to graduate early from high school.  She spent the next life-changing year in Thailand.  After college, she decided to go the Czech Republic as a Rotary Ambassadorial Scholar.  After earning another degree in Environmental Research Management, Ms. Prevette became a quality expert in the rail industry.  Upon moving to the Chicago area, she joined the Rotary One Club.  In her first few weeks of membership, she signed up to go to India to participate in a Subnational End Polio Immunization Day combined with a Rotary Friendship Exchange.    Ms. Prevette is presently in law school at Loyola University.

Friday Night Keynote
​
RANDY LEWIS
Why I Hired a Workforce Others Overlooked
Randy Lewis is the Founder and President of the Nogwog Fund, an Illinois not-for profit corporation.  He is author of "No Greatness Without Goodness" which was released in 2014 and was named by Fast Company as one of its "10 New Books You Need to read This Year."

In 2014, Mr. Lewis launched the Nogwog Disability Initiative to assist businesses and communities in developing and launching disability hiring initiatives that result in a more inclusive and effective workforce for business, improve the well-being of the community and have positive impact for all those involved, with and without disabilities.  He has helped senior executives of companies across the country and abroad to launch their own disability hiring initiatives.

Mr. Lewis pioneered this model at Walgreens where he served twenty years as the chain grew from 1,800  to 8,000 stores.  When he retired in 2013, he had served sixteen years as Senior Vice President of Logistics and Supply chain.  The Walgreens supply chain is considered the most advanced logistics network in its industry .

In 2004, he initiated  a new generation of large-scale distribution centers  (DC) like no others in the world.  The objective was to incorporate the latest technologies and innovative management without incurring additional costs to employ large numbers of people with disabilities.  The first of these opened in 2007 with the expectation that employees with disabilities would perform the same jobs, earn the same pay, and be held to the same performance standards as everyone else.  The new DC exceeded all expectations, becoming the most productive and cost effective in the company;s history.  Over 30 % of the workforce has a disability, most of which had never been able to secure a steady job before.  As a consequence of the success, over 1,000 people with disabilities were working in all of Walgreens centers across the country within four years.
​
The work - acknowledged by the White House - has been called the "gold standard of disability employment" by the National Governors Association (NGA).  In addition, Mr. Lewis has been called to testify before the Senate and speak at the United Nations.  In 2012, he worked with Congressional leaders in both parties to organize and host a CEO Summit at its distribution center in Hartford, Connecticut, inspiring many of the leaders to launch their own disability hiring initiatives.  Mr. Lewis was recognized as Leader of the Year in 2011 by the Human Resources Management Association of Chicago for his body of work and outstanding service to and accomplishments in the field of human resources and business.

Mr. Lewis received an MBA from the University of Texas at Austin in 1975 and a BA in economics in 1974.  He also earned a BBA in accounting in 1971 at Texas.  He served as a Peace Corps Volunteer in Peru from 1971 to 1973.
Throughout his career Mr. Lewis has worked to live out his belief that excellence, people, and community are the cornerstones of effective business leadership.  In addition to his on-going work in disability employment advocacy, he is often called to speak on leadership at business events and universities and has been a recurring lecturer at the Booth School of Business (U of Chicago) for the past ten years.    Mr. Lewis lives with his family near Chicago.   www.nogwog.org/ 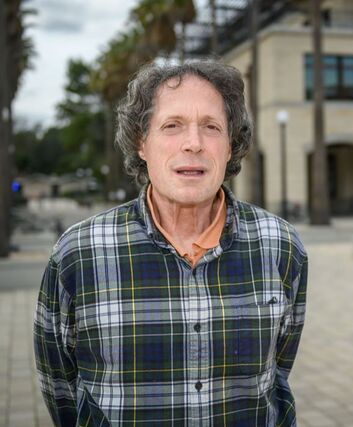 FREDERIC  LUSKIN
Peace Begins With Me
Dr. Luskin  is the Co-Founder and Director of the Stanford Forgiveness Projects.  He consults and teaches forgiveness to groups worldwide, working with victims of violence and of civil wars.
He has also co-developed the Stanford Wellness Education and Life Works programs.  These are programs that teach wisdom and wellness skills such as flourishing, meditation, compassion, mindfulness, and  healthy eating to Stanford undergraduates and graduate students.  This talk will be a simple reminder to remain calm under duress, see our part in the creation of conflict and hold those we disagree with as worthy of respect.  These tenets underlie any actual chance for a peaceful world.

Fred Luskin has a PhD in Counseling and Health Psychology from Stanford and is Professor of Clinical Psychology and Department Chair at Sofia University and a Lecturer at Stanford University School of Medicine.  At Stanford he teaches classes on Positive Psychology, The Art and Science of Meditation, Forgiveness, Wellness, and the Psychology of Storytelling.   He has written several books, including "Forgive For Good:  A Proven Prescription for Health and Happiness," which is the best-selling self-help book published on the topic of forgiveness.  His forgiveness work has been applied in veteran's hospitals, churches, with cancer patients, and in legal disputes.   He Also Wrote  "Forgive For Love:  The Missing Ingredient for a Healthy and Happy Relationship"  and "Stress Free For Good:  Ten Scientifically Proven Life Skills For Health and Happiness."

​  He has been on NPR's  "Talk of the Nation" and "All Things Considered."  Dr. Luskin's work has been made into a PBS pledge drive video called "Forgive For Good."  He has been interviewed many hundreds of times in world-wide media on forgiveness, including in the New York Times, O Magazine, The Today Show, The Los Angeles Times, Time Magazine, Huffington Post and CBS Morning News.  He has been on television on CNN Anderson Cooper Program and the Discovery Health Channel.  In January Dr. Luskin was a featured speaker at the Rotary World Peace Conference 2020.
​ 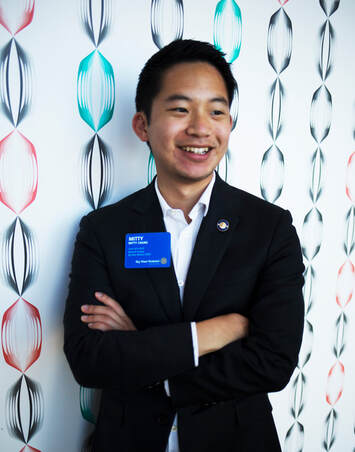 Saturday Lunch Keynote
​
MITTY CHANG
The Future of Rotary
Entrepreneur, Business Owner, Professional Speaker, World Traveler, Rotarian, Rotaractor are all descriptions of Mr. Chang.  He built his first website in the fourth grade, and joined the Rotary family as an Interactor when he was 14 years old.  He has started two Rotaract Clubs,  the Big West Rotaract MDIO, and the Rotary eClub of Silicon Valley.  Mr. Chang has served Rotary as a Club President, a Chair of the Rotary International Rotaract and Interact Committee, an Assistant Rotary Coordinator, an Assistant Public Image Coordinator and in other leadership roles.  He  has spoken to Rotarians around the world at District Conferences, International Conventions, International Assembly, Zone Institutes and and other conferences on membership best practices and on how to attract young professionals into Rotary.  He has traveled to over 11 Rotary International Conventions and to over 30 countries across 6 continents.  Mr. Chang is currently a Senior Partner at Candeavor, a digital marketing and web development agency based in the San Francisco Bay area.  In his free time he loves food adventuring and traveling.  www.candeavor.com/

RAMESH FERRIS
​We Are This Close to Ending Polio
Ramesh Ferris is a  Polio Survivor who resides in Whitehorse, Yukon, Canada.   Volunteering his time with Rotary International, Global Citizen, UNICEF, the World Health Organization, and the Bill and Melinda Gates Foundation, Mr. Ferris has shared the End  Polio message with many influential leaders, including:  Her Majesty Queen Elizabeth II, Former Secretary General of the United Nations Ban Ki Moon, The Director General of the World Health Organization Dr. Adhanom Tedros, Bill Gates, Archbishop Desmond Tutu, and his Holiness the Dalai Lama.

Mr. Ferris has traveled throughout Canada, India, USA, South Africa, Pakistan, and Afghanistan, in order to educate more people to support the end of polio.  He has spoken to delegates at the United Nations Headquarters in New York City and to many Rotarians at the Rotary International Convention, Rotary Zone Institutes and District Conferences.

He has  also hand cycled 4,400 miles across Canada to raise awareness and money for the End Polio Initiative.  He is the author of the book "Better Than A Cure, One Man's Journey to Free the World of Polio." polioeradication.org/